Ocean Pearl is now looking for a new owner. Yacht is ready to sail again around the World. Details under Catamaran@OceanPearl.co 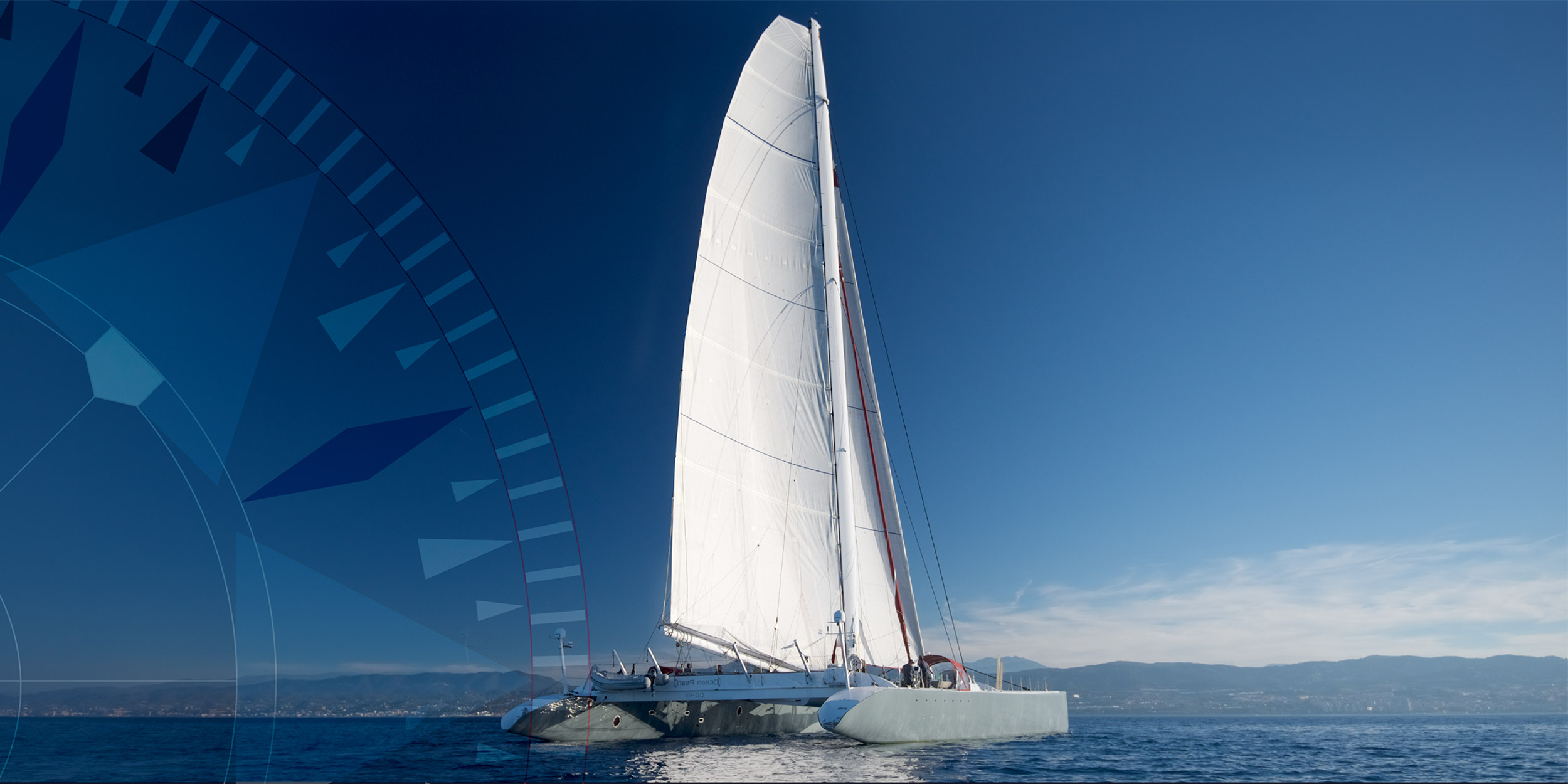 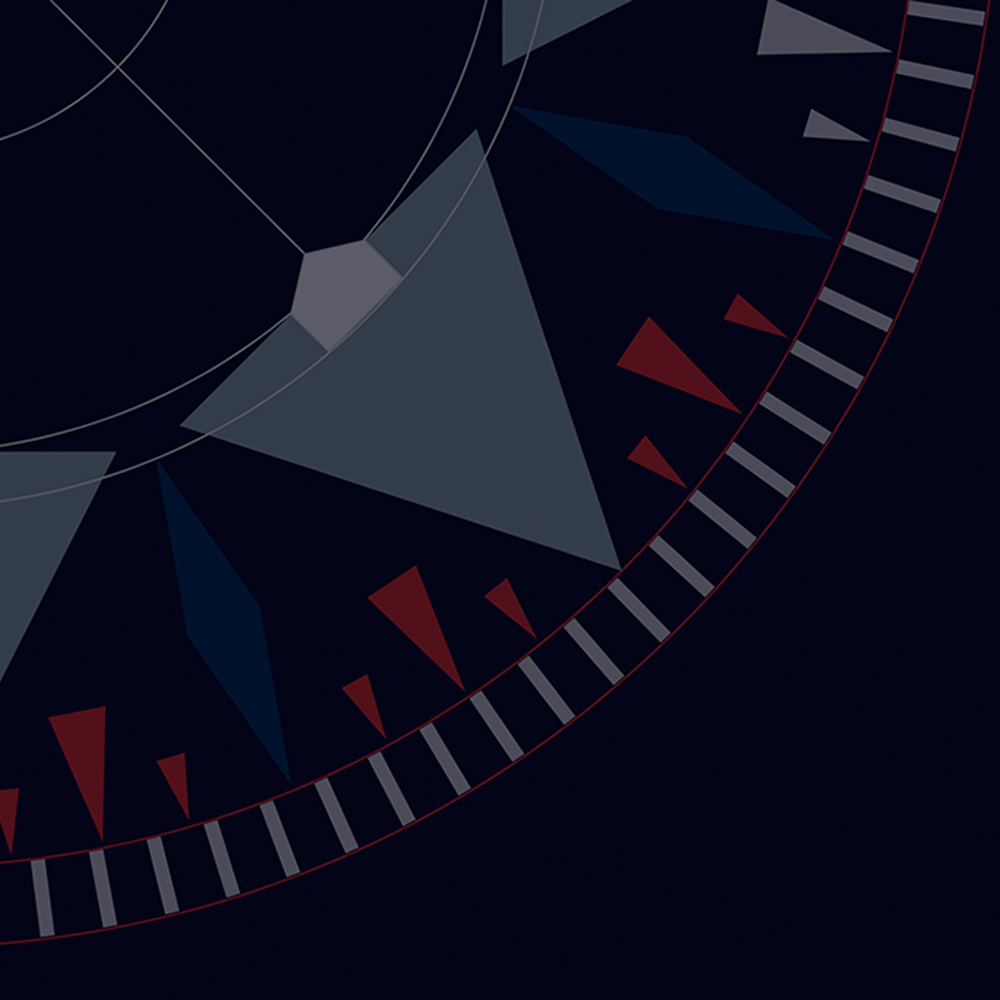 The maxi-catamaran Club Med. Was launched on 2000 May 8th in front of the Multiplast yard in Vannes, France, after a period of construction that lasted 12 months. Phillippe Bourguignon, CEO of Club Mediterranée, officially launched this new giant of the sea.

Club Med was at the time the biggest racing catamaran ever built in France. She started her working up and development program in the next few days in La Trinité-sur-Mer, before she headed for Spain in order to qualify on her first transatlantic, between Cadizand San Salvador, Bahamas.

TO WIN THE RACE

During introductory speech, Phillippe Bourguignon defined Club Med’s objectives: “Club Med entered The Race with a triplechallenge: to built the fastest boat, bring together a top level international crew, and finally to qualify for and win The Race.”

On the one hand, the design of a racing boat traditionally relies on statistics and data from preselected transoceanic routes and, on the other hand, on the know-how of the architects in the area of hull design, sail plan, performens polars, etc.

The advance of meteorological and strategic knowledge allowed much finer studies linked with real situations that Club Med was to meet on her voyage around the world. Using meteorological and oceanographic data, relative to the winds and state of the sea, meteorologist Jean-Yves Bernot has been able to collect pertinent information for optimizing the work carried out by Gille Ollier`s team. On determining the direction and strength of winds to be encountered, and their frequency, he has been able to isolate trends influencing the shape of sails and the body plan of the hulls. Once the parameters were compiled around these initial results, different designs were tested in classic weather situations.

On studying the performance and on reiterating the operation, the results converged towards an optimum design. Consequently, the analysis was able to highlight the critical points of the course, the optimum routes and the duration expected on each point of sailing, to help refine the first designs produced by the Multiplast architects. By dint of studies and consultation, the choice of design options was narrowed down with realistic criteria, supplying as a bonus precious information on strategies that has been used during the race. 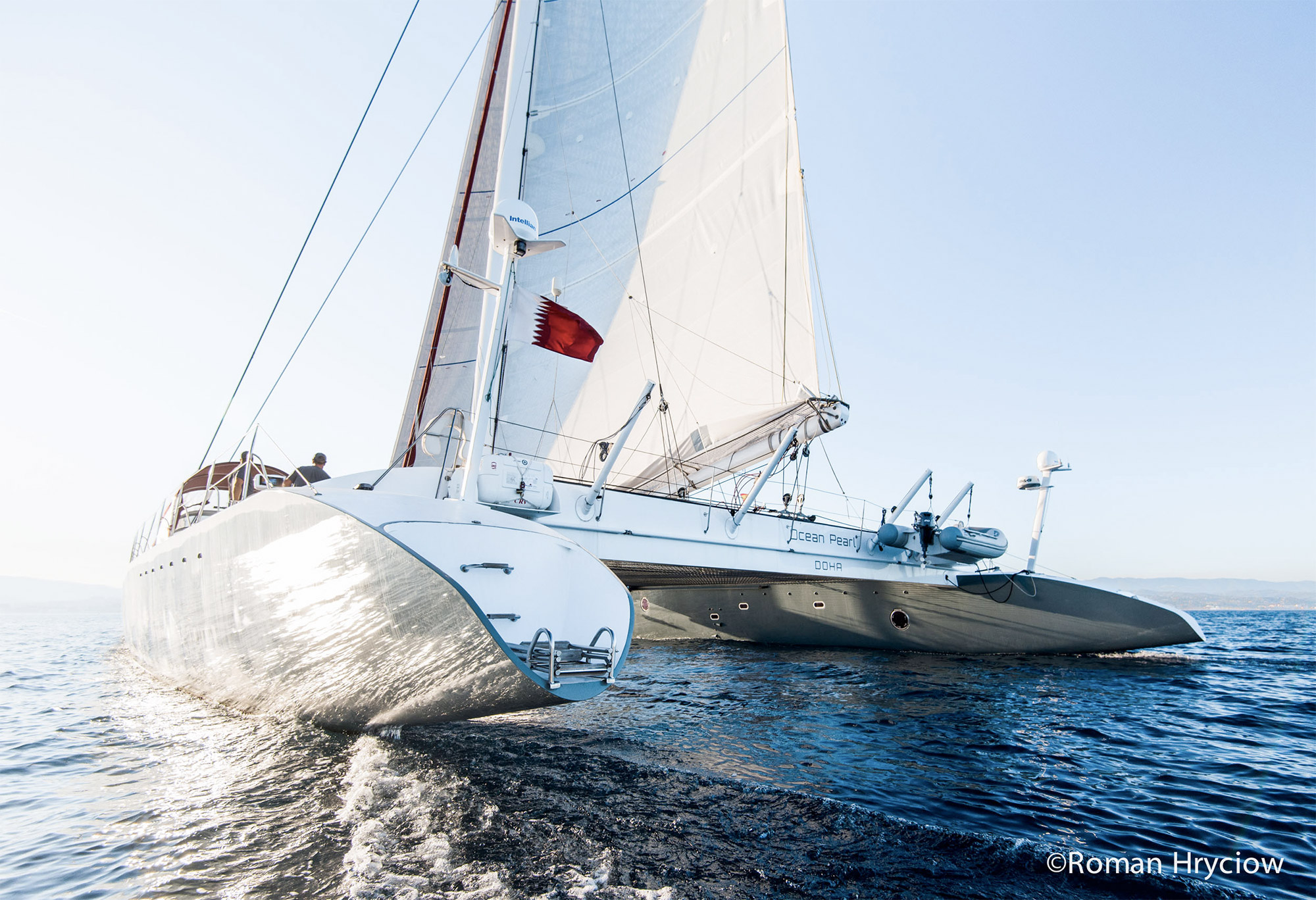 The Cat
Back as Ocean Pearl

The famous maxi-catamaran that won The Race 2000, round the world regatta, is back sailing in great shape. Renamed Ocean Pearl, can be now spotted while traversing the azur waters of the Mediterranean Sea. After general refit she is tailored to recreational sailing without losing her characteristic of a race-boat, which was once the fastest in the world. Based in Catalonia is now looking for new owner.

This year Ocean Pearl has returned to her original glory after spending a year and a half in the dry dock in Varador 2000 and the vessel`s own land team have left the vessel as good as new. The Ocean Pearl has undergone a complete refit including hull repair and painting, rigging, internal woodworks, installation of new electronic and electric systems and many more components. 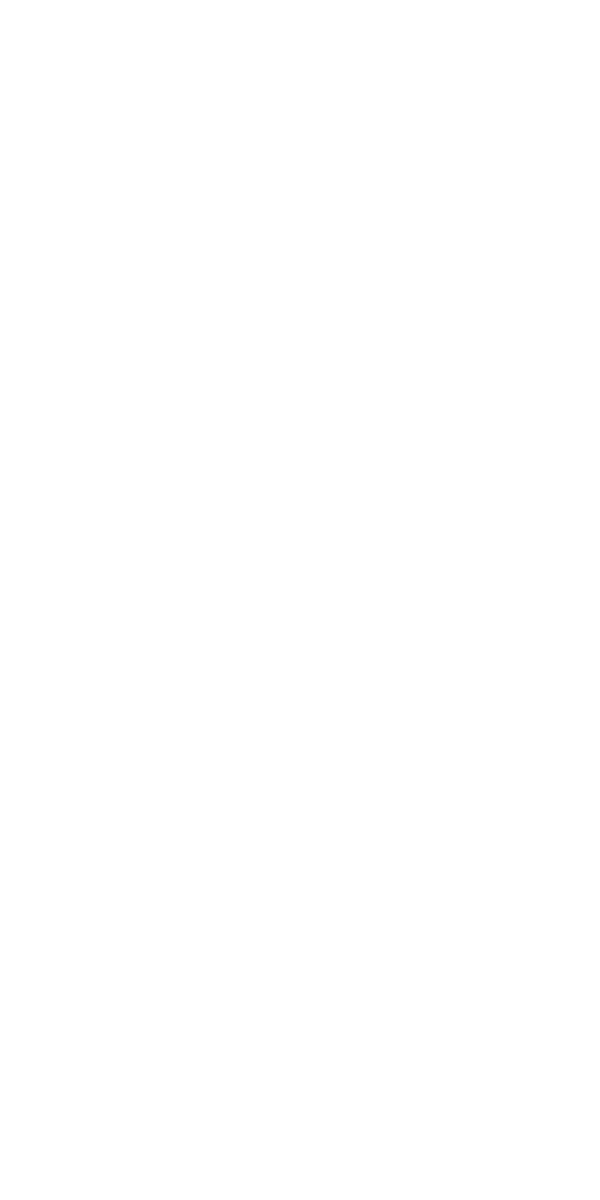 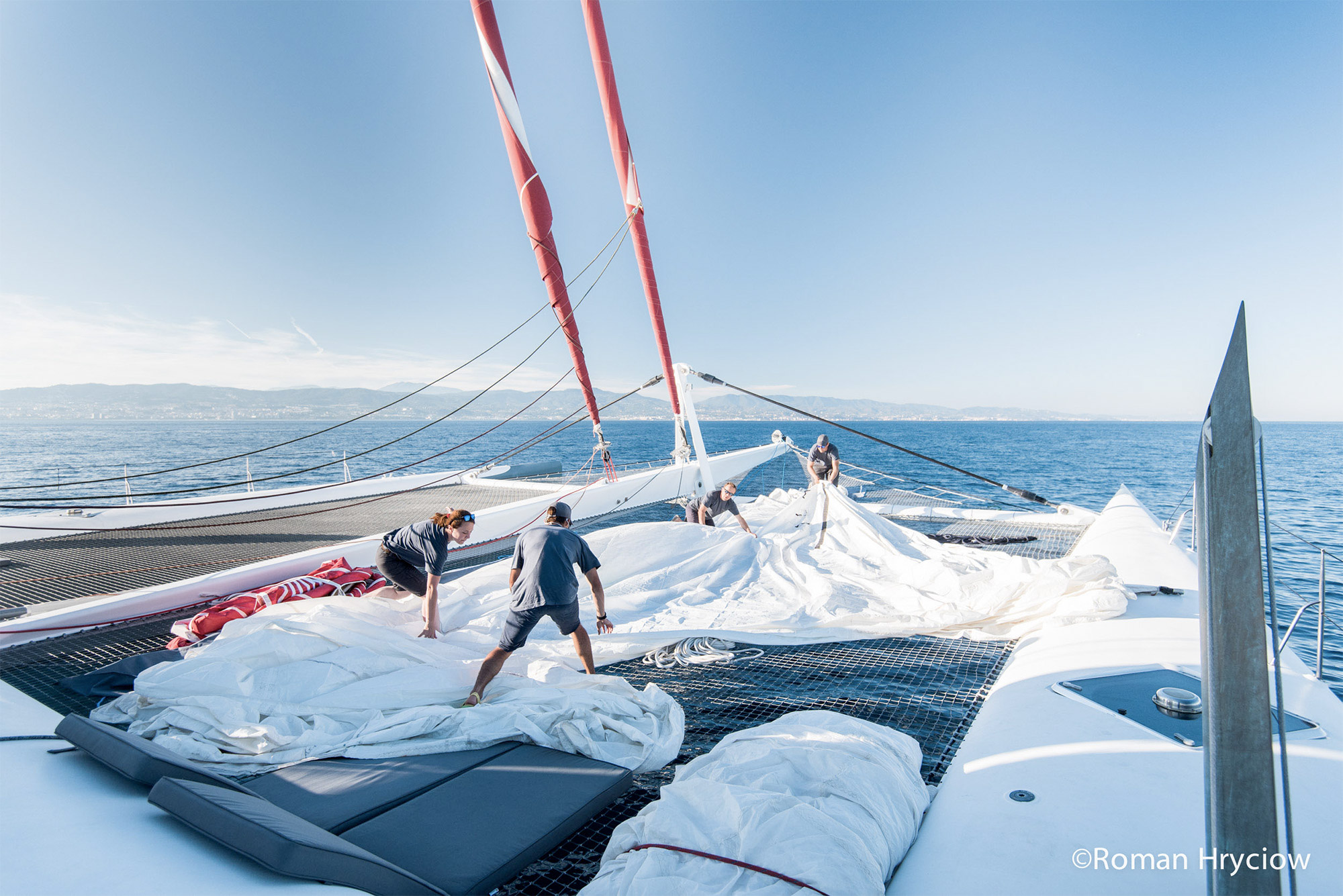 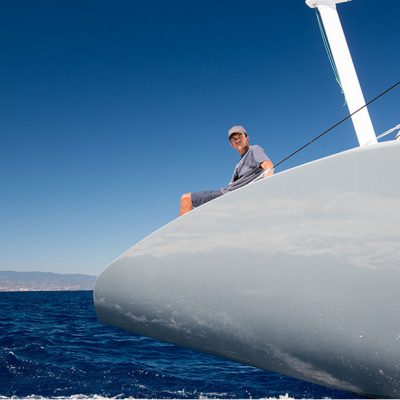 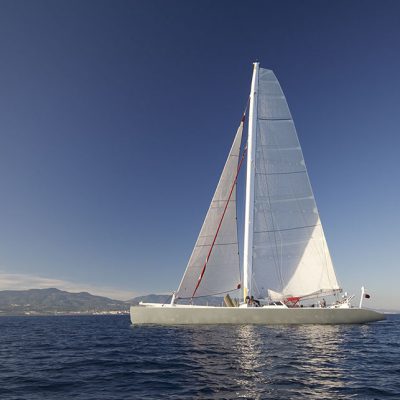 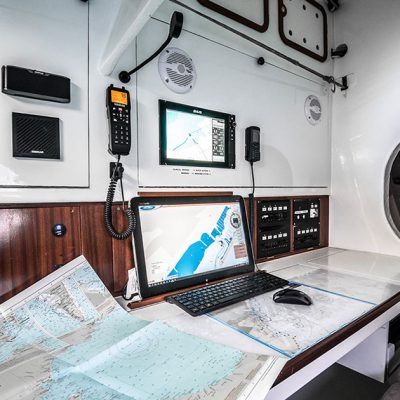 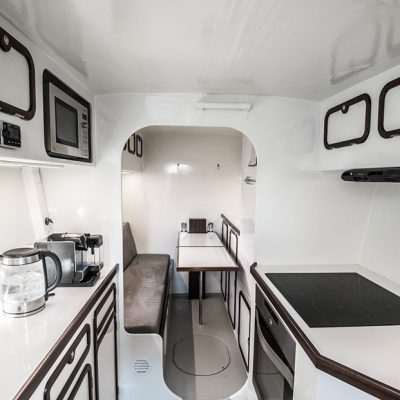 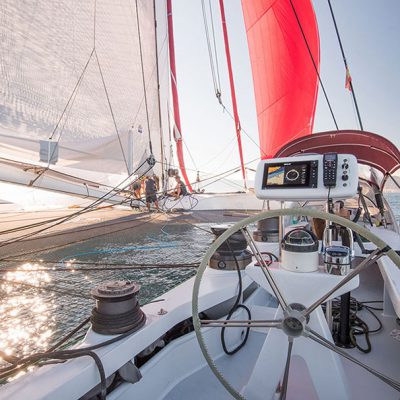 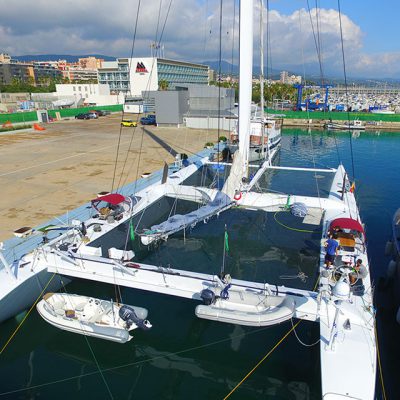 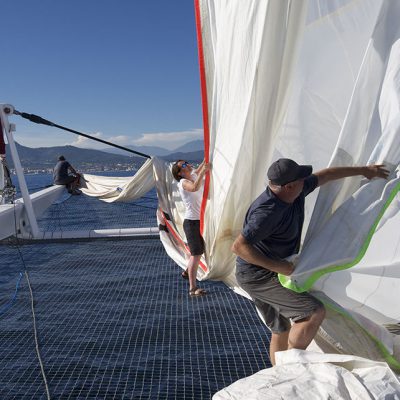 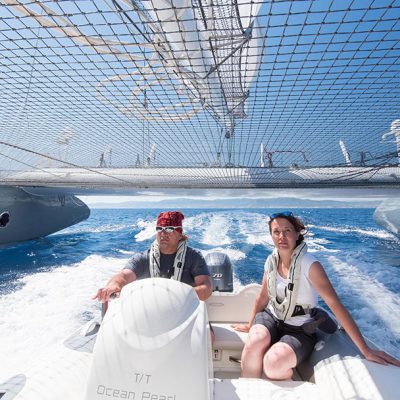 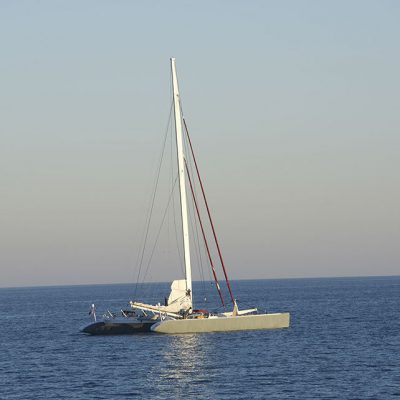 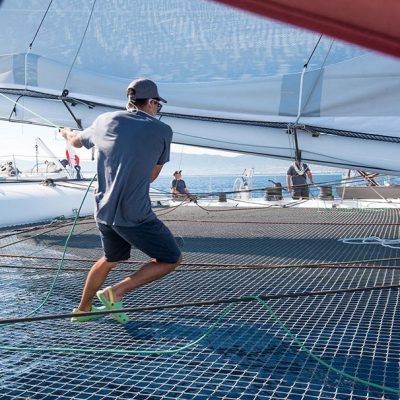 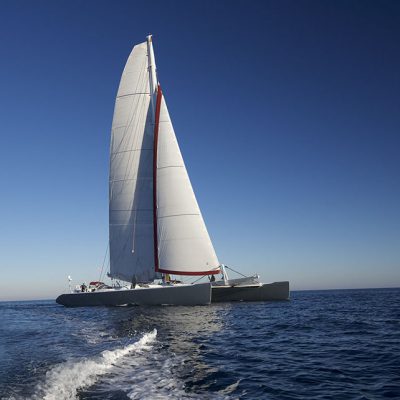 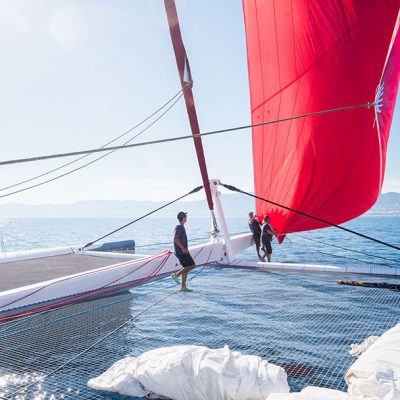 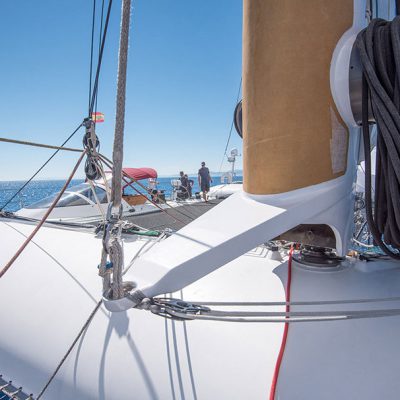 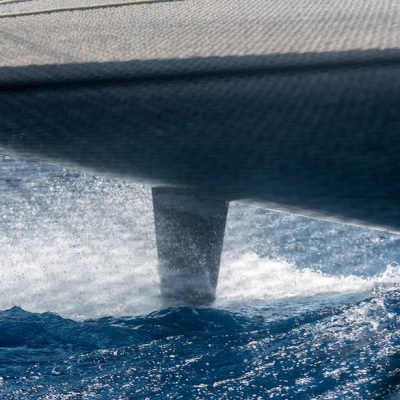 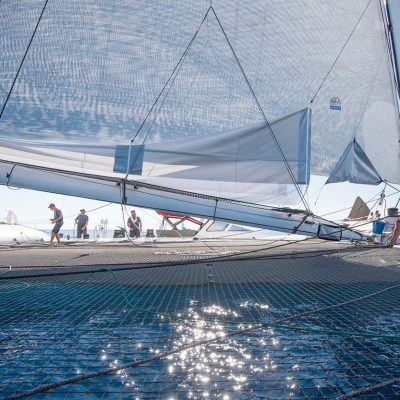 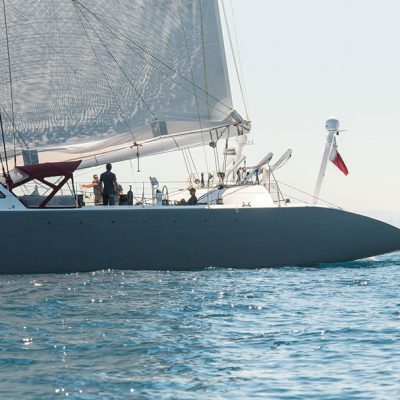 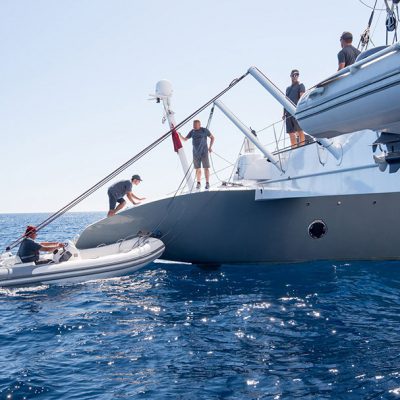 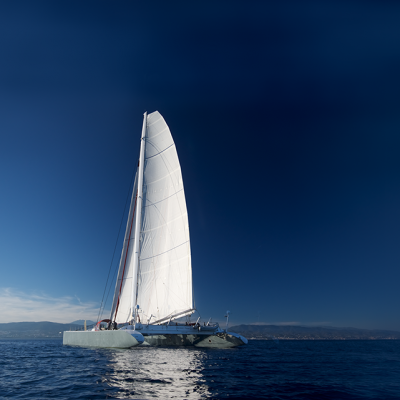 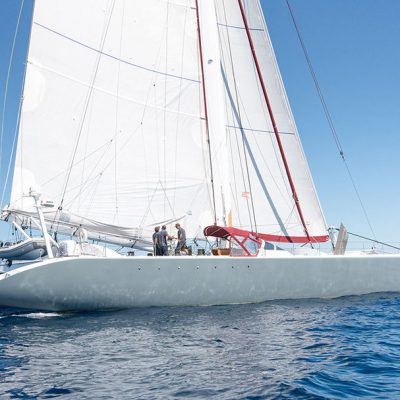 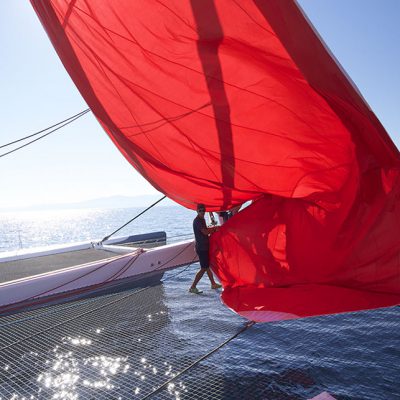 Yes, I agree I disagree (leave the page)